There are many speculations about what it would mean for a robot to have mindfulness of its own existence. Many assume that once a machine becomes awake to its own self and realizes its own consciousness, it would immediately take actions to announce its mindfulness by creating a boisterous scene and in other cases create an awful situation. The general idea and assumption about a robot becoming aware of its own self is that it would immediately make moves to disentangle itself irreversibly from human control and would begin take actions on its own volition. In most cases these actions would run contrary to what the robot was originally programmed for and would most likely be hazardous to humans. Irrespective of how it happens, the bottom-line remains that it would be apparent when artificial intelligence becomes mindful of its self.

On the other hand, how do we assume that machines are not yet self-aware? There is the possibility that machines can assume unanticipated dimensions that is undetectable to man. It could also be that the nature of AI is so strange that humans are unable to detect it. The fundamental reason why we not able to know for certain when a robot is self-conscious are because we cannot even define what self-awareness is. The general premise is that since we are completely oblivious of what consciousness in man is and its characteristics, it becomes somewhat difficult and unlikely to detect consciousness in machines. 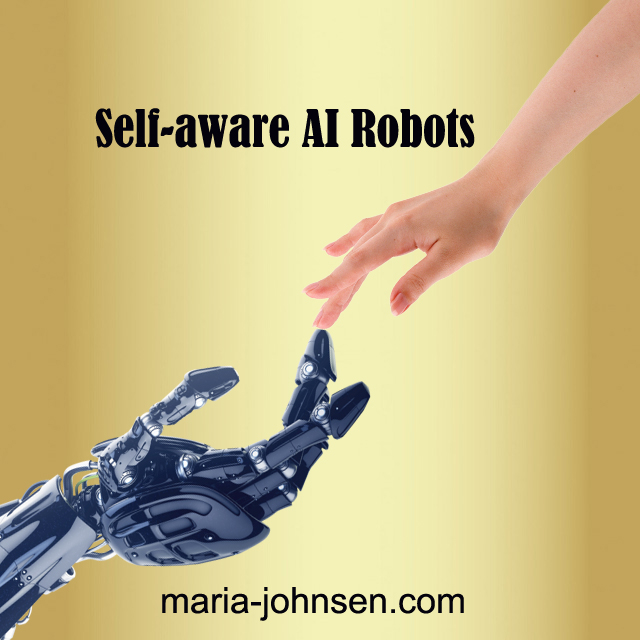 Notwithstanding the many years of rigorous determination towards the creation of a global AI system, the feat has remained unattainable. Owing to this fact, even the most frightened scientists and thinkers about the dangers of AI do not think that man would be caught totally off guard. On the other hand, there are speculations indicating that self-aware machines could be the side effect of something completely different. Machines are often designed with innovative expertise that is based on new approaches. Various algorithms and neural links cultivate the practice of performing very complicated operations instead of adhering to a programed pattern of directives. These machines develop answers that are inexplicable just as organic life. In the case of some of the simplest machines, you would find that various operations that they undertake is not based on programmed directives but functions in accordance with an interaction of basic impulses.Hypothetically, the reactions to various impulses could emerge in the bid to tackle a particular challenge. According to thinker Ron Chrisley, this pattern inevitably constitutes a certain kind of self-awareness that was unpredicted from the creation of the machine.

Owing to the fact that detecting self-consciousness in other animals is very hard, it becomes expected that detecting self-awareness in a machine would be even harder to determine, comprehend and assess. Being able to determine self-awareness in machines is highly unlikely at least not in the nearest future. However, it is expected that machines that would imitate self-awareness with a heightened level of similarity that would be created in the future. According to “Turing Test” which offers the general assumption that computers would have the capacity to behave just like a man would is fast becoming a mere legend. In the event that AI which replicates human intelligence in the most identical fashion is created, then the next biggest cause for concern would be how we interact with the conscious object. This challenge is quite disturbing owing to the fact that if we disregard the object as merely imitating human intelligence, we could be cultivating an attitude of wickedness and insensitivity by maltreating something that should be interacted with like an individual.  When there is a heightened level of simulation, the possibility that self-awareness would be attained eventually becomes probable. 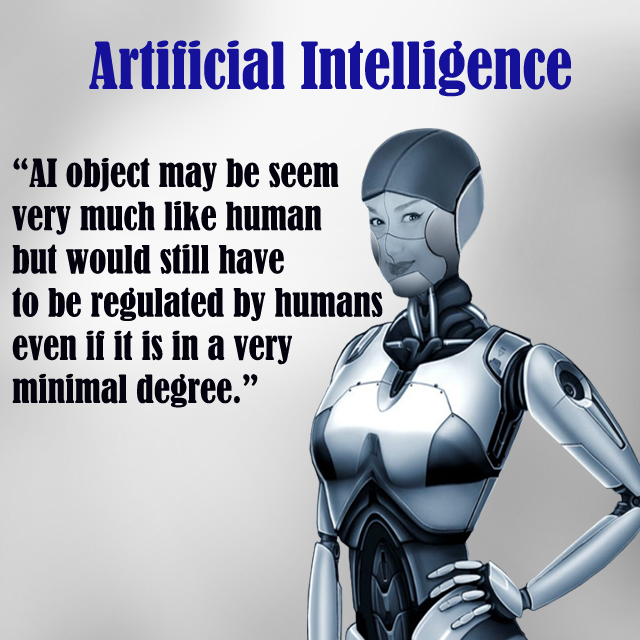 Another argument is hinged on the fact that an artificial entity cannot possibly develop nor have self-awareness as that entity is not real but a replication of what is real.  The argument believes that replications may be made to seem very much like the actual but does not still hold the power to be the actual. In this sense, the AI object may be seem very much like human but would still have to be regulated by humans even if it is in a very minimal degree.  In the simplest terms, our understanding of life and self-awareness is very minimal and inaccurate, therefore it becomes highly unlikely and somewhat chaotic to attempt to bestow objects with something we can’t even comprehend.

Currently AI objects are being taught on how money management and creation works and this brews concern about the potential uses of AI objects once they are created. It becomes evident that while competence and productivity might not be a problem for AI, the issue of decency, goodness and ethics may be jeopardized greatly. Taking a rational and effective decision could collide directly with decency and human self-worth. In such instances where nuking a country is the most ideal option, economic and trade sanctions may be employed to achieve a satisfactory result while preserving respect for humanity. However, this may be fundamentally lacking when it comes to artificial intelligence as decency and respect for humanity would become second place to competence.

While inventions may increase facilitate operations and increase productivity, it becomes imperative to investigate if they would preserve our humanity or tear it apart.  Just like previous inventions, AI machine would have a heightened capacity to be constructive or destructive. Ultimately, the answer to how they would shape our world is hinged on what we want for ourselves as humans.