Explore penguin 3.0 algorithm update.As many of you may know, Penguin algorithm was announced on April 24, 2012. The aim of this update was to decrease search engine rankings of websites that violate Google’s Webmaster Guidelines.

Google’s  Penguin affects approximately 3.1% of search queries in English, about 3% of queries in languages like German, Chinese, and Arabic, and an even bigger percentage of them in “highly spammed” languages in Asia, Italy, Spain, France, Turkey  and Greece.

The following are confirmed penguin updates: 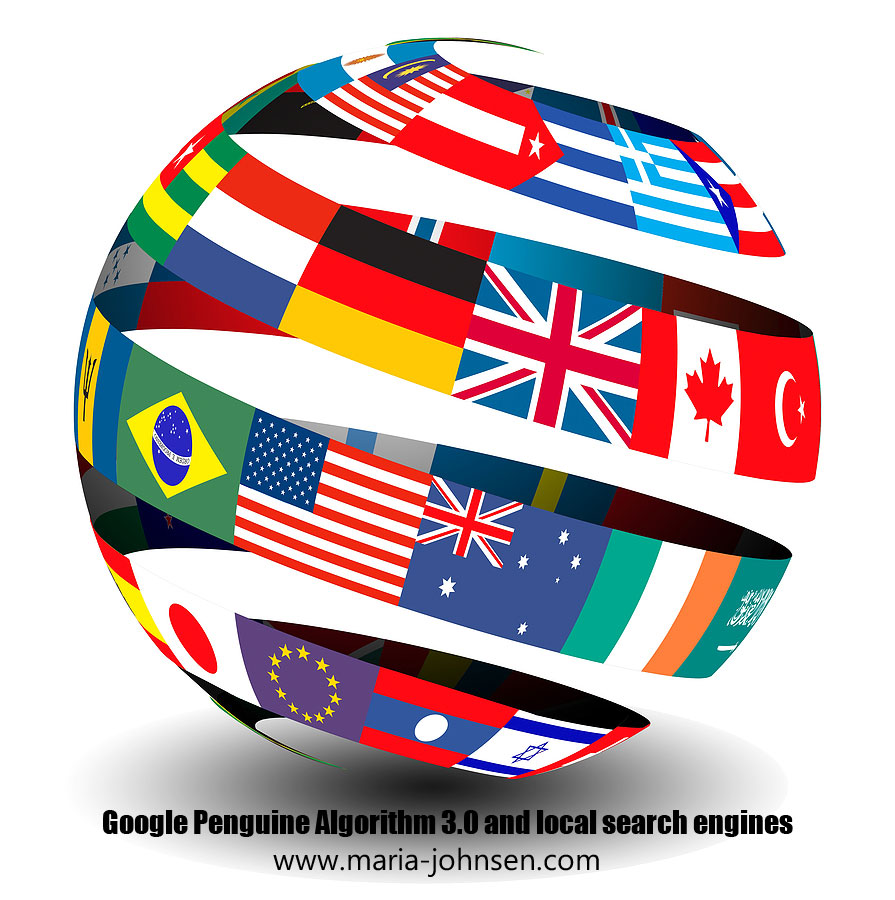 Websites in Russian were hit lesser than websites in other languages mentioned .

There are a lot of false information about ineffectiveness of negative seo. Google has been waiting for quite some time to update penguin algorithm because of negative seo. Unfortunately the update of penguin 3.0 after pigeon algorithm which affected local search results won’t fix this issue. Negative SEO is more powerful and i have explained it in my previous articles since 2012.

I have also analyzed this issue in my book about multilingual digital marketing ( 2end edition). Those who headed to local directories after pigeon algorithm update, will notice that this will have the same destiny  as blog networks.

There will be a huge fluctuation in both local and global search results. Some niches certainly are getting back to previous position while some other niches will face with getting outranked which is normal in every algorithm update.
Google search engine has been updated many times every year however the problem of negative seo is fairly linear.